The Voice: Hearts Warm Up for Metro Theatre’s Need to Upgrade

“Metro Theatre’s quest to upgrade melted the hearts of its community… The show consisted of dynamic performances including improv, magic and singing.” 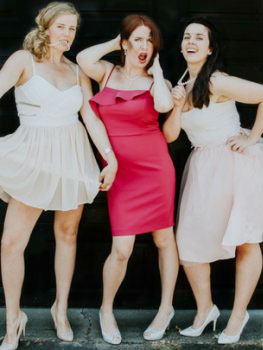 Act 4: She Stoops to Conquer – Scene 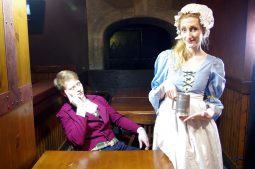 A scene from our upcoming Metro Theatre show, She Stoops to Conquer, by Oliver Goldsmith, adapted and directed for Metro Theatre by Joan Bryans.

The scene stars Deborah Vieyra and Alex Lowe.   Alex plays Charles Marlow, a gentleman from London, sent by his father to visit the country home of Mr. Hardcastle with a view to meeting the daughter of the house Kate, played by Deborah.

Because of a confusion, Marlow doesn’t realize he’s arrived Hardcastle’s house but thinks he’s lodging, temporarily, at a country inn. That’s complication one, complication two is that, while Marlow is a stuttering hopelessly shy fellow when he’s around ladies from society, he’s quite another fellow when dealing with ladies from the lower classes.

Kate knows this and, hoping to have some fun and engage Marlow’s amorous attentions, she pretends to be the barmaid of the supposed inn.  In the scene  we see Marlow meets  Kate in her barmaid disguise for the first time. 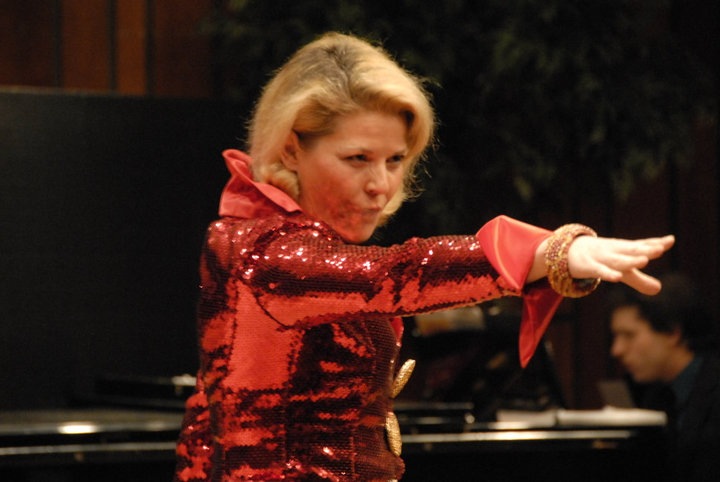 Susan’s career has taken her worldwide, guest entertainer for Princess Cruises, female lead at the Diamond Horseshoe for Tokyo Disneyland and “Escandola”, a musical revue in Europe.

She has performed with Dal Richards and Bobby Hales Orchestras’ and starred in musicals at TUTS, The Arts Club, Vancouver Playhouse, The Vogue, Gateway and Metro.
Susan produced and performed in a Canada 150 Celebration at the Richmond Night market and wrote, produced and sang the theme song for, “Play it Again”, a short film on the Dunbar Theatre.

After learning to perform magic from the buskers on Granville Island, Rob travelled to England to do grad school in psychology, and started a PhD on the psychology of magic!

Not only did he contribute to several scientific articles, he also passed two nerve-wracking auditions to become an Associate of the Inner Magic Circle–one of less than 300 in the century-old members-only magic club hidden down an alleyway in London. After 7 years of academia and cabaret performance in England, he just returned to BC in Sept 2017.

Rob Teszka combines innovative cognitive psychology with over a decade of performance experience to illustrate the most magical phenomena of the human mind. His show creates a world in which you can’t trust your own eyes, your memories are manipulated, and your decisions subtly influenced. A world in which impossible things happen right in front of you. Join Rob as he reveals the hidden side of reality!

They have all been doing improv for two years together in the Canadian Improv Games and The Vancouver Theatre Sports League youth programs.

The Luigi’s Improv Troop was named after the group’s love of the beloved Super Mario Bros character. 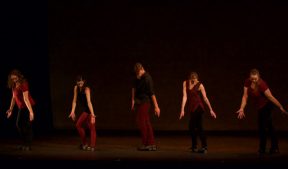 When the Rhythm Room’s artistic director, Jennifer Bishop, founded the studio in 2007 she created a forum for tap dancers, from beginners to professionals, who are committed to advancing their technical and artistic skills.
The members of 5/4 Rhythm are all current students at the Rhythm Room, who just can’t keep their feet still and are always looking for extra opportunities to work with some of Canada’s leading tap instructors and choreographers. This diverse group of “tap dancing professionals” includes a dentist, epidemiologist, pharmacist, social worker and kinesthesiologist–who all secretly wish they could quit their day jobs and just tap dance!
Since coming together in 2014, 5/4 Rhythm  has been fortunate enough to represent the Rhythm Room at a variety of cultural events across the lower mainland. Recent appearances include performances with: The Rhythm Room, West Coast Tap Dance Collective, SPECC-tacular Productions Theatre Group, The Next Evolution Dance Company, The Kitsilano Showboat, and Scarlet Lux @ Molotov Caravan 5. 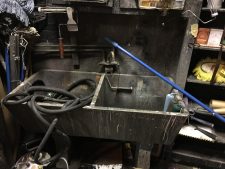 Producer Tracy-Lynn was first hired on with Metro as their Scenic Painter over 7 seasons ago. The first time she ever set eyes on the sink that was to be her brushes cleaning place at the theatre she had to do a double take – That sink has seen well over 50 years of floor mopping, prop dishwashing, water bottle filling and brush and roller washing. Age has not been kind to this old friend. A backstage sink has many daily, weekly and monthly duties within any theatre and at Metro it has done more than its fair share of the workload. We no longer wash anything in it – nothing can be trusted to come out cleaner then when it went in; we hardly use it at all anymore for anything but filling buckets to mop the floor as it has draining issues and leaves a peculiar scent behind to which Tracy is now nose-blind to.

Metro’s Cyclorama is also in a sad state of affairs. A Cyc is often one of the most revered pieces of drapery in a theatre space. It is flexible in so many ways and a corner stone of many different types of theatre. It can become a sky, it can be used to project shapes, light and images against and it can change from flat to a curved shape to suggest endless space. A staunch white, Technical Directors around the world fight tooth and nail to keep dirty hands from touching it or stray set pieces from tearing it. Having only replaced Metro’s original cyclorama once at some point in the late 70s past and present Technical Directors have cared endlessly for ours, wiping off marks, temporarily attempting to fix small tears and pondering if it’s possible to bleach it back to its former white glory – all to no avail. It’s time to let this one rest.

Jon MacIntyre takes us on a tour to see these items first hand during a Facebook Live Stream  promoting the #WarmHeartsVarietyShow that we put together with the help of our community to raise finds for these much needed items.

Tickets are $25 for adults or $22 for seniors and students, with a special every Thursday 2 for $38. Preview performance $15.

Metro Theatre is pleased to present our first ever WARM HEARTS VARIETY SHOW produced by Tracy-Lynn Chernaske and stage managed by Heather Stewart with Alison Schamberger as our Master of Ceremonies.

We are raising funds to replace two important features of our theatre – our backstage sink and our cyclorama curtain – after just over 50 years of use – its time!

Like so many non-profits although the need is great, the budget is not, so we reached out to our community and with the help of our friends, are proud to present an amazing 2-hour show.

If you would like to make a donation towards the Sink & Cyc please click here: Warm Hearts for Metro Fund Raiser  Donations of $25 and up are  tax deductible.