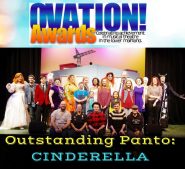 “… left with a smile on my face. It may have taken a few drinks to get there, but the cast and crew showed up to entertain a delighted crowd. The leading women in this production of Cinderella are oozing with talent… The resolution is very refreshing and, I hate to use the word progressive as progressive would have been equal rights for all centuries ago, but there you go- This Cinderella knows her own mind and doesn’t need a prince to save her – Hurrah! If you have kids that enjoy heckling Demons, (Attila Mityok did a grand job at keeping a straight face when he was accused of being a robot and a sausage), singing the whole of 12 Days of Christmas and conversing with a friendly barman I would recommend seeing Cinderella. It is fun and keeps things simple after a tough work/holiday week.“

“…a really great message to promote to younger audiences, like the kids who are seeing it: women are strong too and women are independent.”

“Christmas without a pantomime is like a turkey without stuffing — you could get by without it but who would want to?”

“The highlight for me were the moments when the audience (mostly the kids in the audience) were directly engaging with the actors on stage…it was clear that when the kids were having fun, the show was really doing its job…It’s been a while since I saw a show that whose main target audience was young kids; I forgot how fun and carefree they can be. “

Reported by Merely Players on December 11, 2017

“One of the must-see pantos of the season, as always, is that of the Metro Theatre. With plenty of catchy musical numbers and considerable audience participation… a take charge Cinderella in sneakers, embracing her girl power, never allowing her wicked stepmother or stepsisters to deflate her happiness, or worrying about the stroke of midnight.“

Christmas PANTO: Is it like mime where silent clowns perform?

British Pantomime, or Panto, has no resemblance to those silent comedians whatsoever. In fact, Panto is probably the noisiest, rowdiest sort of live theatre you can attend and it’s for the whole family. It’s a musical comedy traditionally done for a Christmas treat. It has nothing to do with mimes, those silent performers in white-faces. 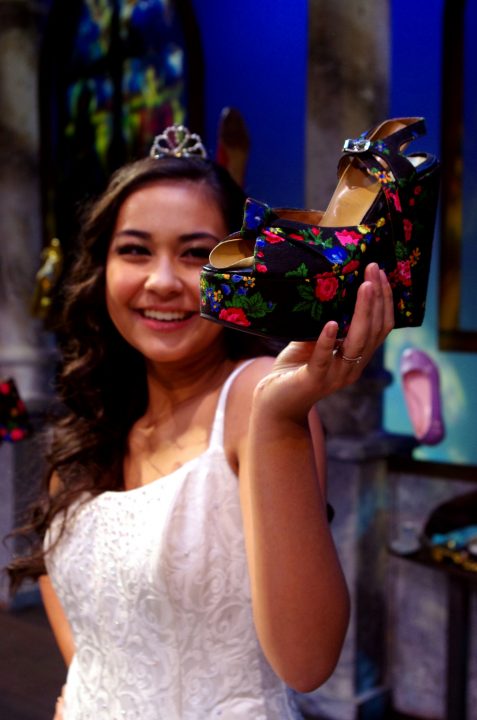 Panto takes familiar fairy tales and children’s stories such as this year’s CINDERELLA and injects a bit of music hall, vaudeville, contemporary references and lots of audience participation to create a raucous, noisy entertainment that’s fun for everyone.

It is a traditional British Christmas play and a chance for people to go to the theatre. But it really came from very un-British traditions, nothing to do with Christmas whatever!

Often billed as children’s entertainment, pantomime really began as an entertainment for adults. It can be traced back to the ancient Roman ‘Saturnalia’ midwinter feast, at which everything was supposed to be turned upside-down like the Pantomime Dames (Men comically dressed up as women). 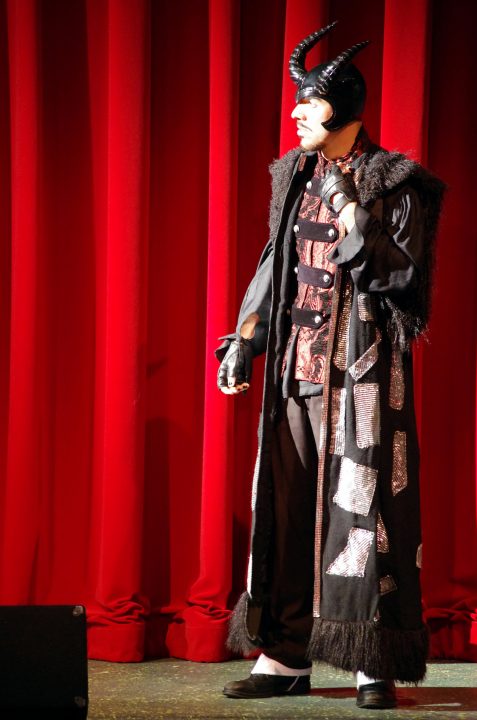 Pantomime first came to Britain in the 18th century from the ‘commedia dell’arte’, the Italian tradition of improvised theatre. The stories of the commedia dell’arte had many ‘stock’ characters in them such as clowns and jesters and a ‘baddie’. Traditional plots got mixed up with fairy stories, folk tales, or tales from the Arabian Nights stories, and gradually evolved into the dozen or so familiar stories of the panto repertoire that are still used today. The traditional figures from the commedia dell’arte gradually disappeared, and pantomimes became more as we know them today; they also became an expected part of our Christmas festivities.

Pantomime is now a popular family entertainment enjoyed by the adults as much as the children. The audience has to work almost as hard as the performers, whether it be joining in the songs, assisting in conjuring tricks, booing the villain and warning the hero with ‘He’s behind you!’ or cheering them on!

Something Familiar, Something Peculiar,
Something for Everyone, a Pantomine Tonight

Mike Mackenzie is thrilled to be back at Metro to direct the Christmas Panto, Cinderella. Previous Metro Theatre shows include Moon Over Buffalo and The 39 Steps.

Join him and some of the cast of CINDERELLA immediately after the show on Friday, December 22nd  for an informal chat.

Mike will speak about:
• his vision for the production
• the modernization of the Cinderella fairytale
• invite the cast to talk about working on a traditonal British pantomime
• and then open it up to questions from the audience.

From the very start, Mike worked with writer Catherine Morrison to help shape the story for a modern time. He felt that with a long overdue resurgence of strong female role models permeating our culture, it was about time that Cinderella was told in a way that didn’t end necessarily with “boy and girl fall in love, get married and live happily ever after”. Mike knew that Cinderella could succeed in life without being married to a Prince and being left to sit on a throne day in and day out – that there was more to her story, and who she could be. 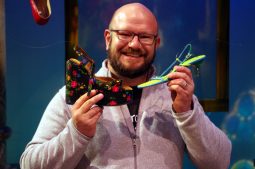 Tickets are $25 for adults or $22 for seniors and students, with a special every Thursday 2 for $38. Preview performance $15.

Metro Theatre is pleased to present CINDERELLA, our Holiday Musical Pantomime and annual tradition for over 33 years.

With plenty of catchy musical numbers and considerable audience participation, Metro Theatre’s  CINDERELLA  is the story of how an underdog uses her courage to go after what she wants. The classic glass slipper fairytale is transported to our technology driven world by a take charge Cinderella in sneakers, embracing her girl power, never allowing her wicked stepmother or stepsisters to deflate her happiness, or worrying about the stroke of midnight.

Bibbidi Bobbidi Boo! And the magic of live theatre casts its spell on you.  Wonderful costumes in inventive stage settings combined with the wacky hijacks of the two “Dames” (Cinderella’s stepsisters), the Metro Theatre Demon (the guy we love to hate), the ever popular Good Fairy, an awkward Prince Charming, hilarious best friend Buttons along with the iconic evil stepmother prompt captivated children and adults alike to cheer, boo, laugh, groan and even sing and dance along, in a fun-filled experience for the whole family.

“We have taken the classic story of Cinderella that everyone knows, and given it a modern twist with a strong, confident woman who does not need a male to “complete” her instead wanting a partner to compliment her personality and ideals.  Exploring the piece in the times we live in, with local topical references continues the Metro Theatre decade’s old tradition of witty pantomimes that delight.”  ~ Director Mike Mackenzie