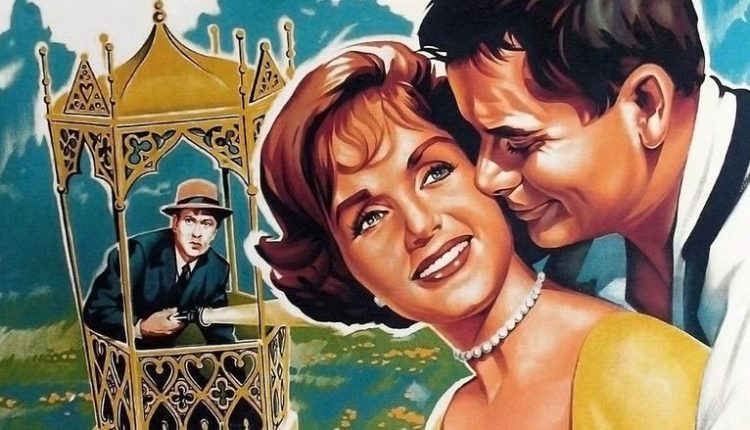 When:    Use the Form below to contact us to arrange a mutually convenient time

Synopsis:  Elliot Nash and his wife Nell seem to have it all; beautiful country home in Long Island, interesting careers in television. Their idyllic life is shattered when Elliot gets blackmail letters regarding his wife’s teenage indiscretion (she tried marijuana once – it’s 1958!) Desperate to help her, he plots to murder the blackmailer. A complication is the New York District Attorney is his neighbor and close friend. When Nell buys a beautiful Regency gazebo Elliot decides – what better place to hide a body than under the foundation!

Possible hold over: Thursday to Saturday, March 12 to March 14

ELLIOTT NASH – LEAD: early 30s to mid 40s; television writer; married to Nell & very much in love with her; somewhat set in his ways

NELL NASH – LEAD: 25-40; vibrant TV actress married to and in love with Elliott; vivacious high-energy type; knows what she wants and goes after it. Very strong character

THE DOOK – age 30-50; unsavoury, a real shyster; wears a threadbare suit and speaks with a cultivated British accent; the boss of Louie/Louise; a fun character

DETECTIVE JENKINS – age 50+; no-nonsense, hardnosed cop, who has been around the block more than once; he is definitely in charge; somewhat threatening

POTTS – a uniformed policeman; 20-30; he discovers the body and reports on the findings

JUNIOR DETECTIVE DRUKER – 20-30s; his main job is to record the findings of the crime scene

Requirements: Auditions will be cold readings from the script; the director will choose which scenes the group will read. Be prepared for some improv as well.

PRINT out the  GAZEBO_Fillable Audition Form and bring it and your headshot with you to the audition.

• You can SUBMIT your interest using the show’s contact form  OR PRINT out the Fillable Audition Form and bring it and your headshot with you to the audition.