Join Director Gillian Barber and the cast of Nunsense  immediately following the show on Friday, March 18, 2022 for an informal chat about

After which, Gillian  will open the session up for questions from the audience.

There is no additional charge for the Director’s Talk, just stay in your seats or move up a bit closer to the stage – allowing for social distancing at all times.
The session will last approximately 20 minutes.

Tragedy has struck the nuns of the Little Sisters of Hoboken, all of whom now teach at Mount Saint Helen School. One of the nuns, Sister Julia Child of God, made a Vichyssoise soup which poisoned 52 of the sisters, leaving only a handful of nuns behind. Some of those remaining nuns, under the guidance of Reverend Mother, Sister Mary Regina, are putting on a fundraiser to cover the costs of the funerals. Not accustomed to performing, each brave sister has put together an “act”, in order to raise the money to bury the last 4 nuns, who are currently in the freezer.

The sisters lead off with a truncated history of their convent, and how they sailed to an island near the South of France, where they established a safe haven for a leper colony. When rivalry with the Protestants reared its ugly head, they came back to New York State to start a school. They are all dedicated nuns, albeit from very different backgrounds, and do their best to work together to produce this fundraiser performance.

Sister Mary Hubert, the “number two” in the convent, does her best to keep the show going, despite the often misguided direction of Sister Mary Regina. Helping her organize the show are: Sister Mary Leo, a novice who has dreams of being the first ballerina nun, Sister Robert Anne, a wisecracking Brooklynese “tough kid”, who wants to be more than a nun in the chorus, and Sister Amnesia – so named, as she can’t remember who or where she is.

Despite a few onstage and backstage mishaps, the show must go on. The sisters sing and dance their hearts out, run a quiz for the audience, let you in on their childhood experiences and find the most delightful conclusion to their dilemma.

Dan Goggin grew up with nuns and was educated in the Catholic school system. He has built these characters on nuns he knew, was taught by and who helped raise him. While he pokes fun at their foibles, you can tell that he is very fond and respectful of the character he has created – they are human and big-hearted, and are all doing their best. I’m so excited for you to see our production – I hope it is fond, respectful, human, big-hearted and most of all, hysterical. 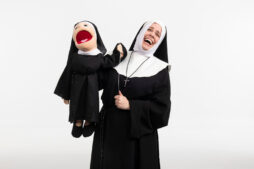 By order of the Provincial Health Officer:
* Proof of vaccination is required to enter the theatre
* Masks are required inside the theatre for all patrons

~ GST and fees are additional

There is plenty of easy parking – in the parking lot, on the street, even ‘All Evening Parking’ at the Value Liquor Store Lot just up the street from Metro – 1450 SW Marine Dr, Vancouver, BC V6P 5Z9

Metro Theatre and Boone Dog Productions via the contact form at the bottom of this page for more information, publicity photos, and arrangements for interviews.

Boone Dog Productions is an artists’ collective dedicated to telling stories that lighten, empower and resonate within the human soul. 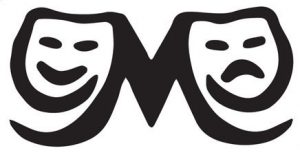 I had never had the pleasure of watching Nunsense, nor even reading it before this past October. Having been raised a Catholic, and being aware of the many phases of a child’s then young adult’s view I have had of the religion, I was scared that it would be sacrilegious or offend my sensibilities in some way.

I would like to report that I have done nothing but giggle at the antics of this talented cast, as well as find a new understanding of the behaviour of my teacher/nuns from years past. It is irreverent, sure, but it is undeniably human. And humans are funny – especially these wildly different women in the cast.

I am confident that you will find it irreverent but heart-warming, with a huge dose of humility and hilarity thrown in for good measure. It is a zany night in the theatre, and at this point under the seemingly endless pandemic cloud, will bring you a few wonderful hours of amusing pleasure.

I am proud of the production team who have put this show together, the delightful cast, the supportive crew, and as always, to the Metro, for sharing their space and their wonderful audience with us. 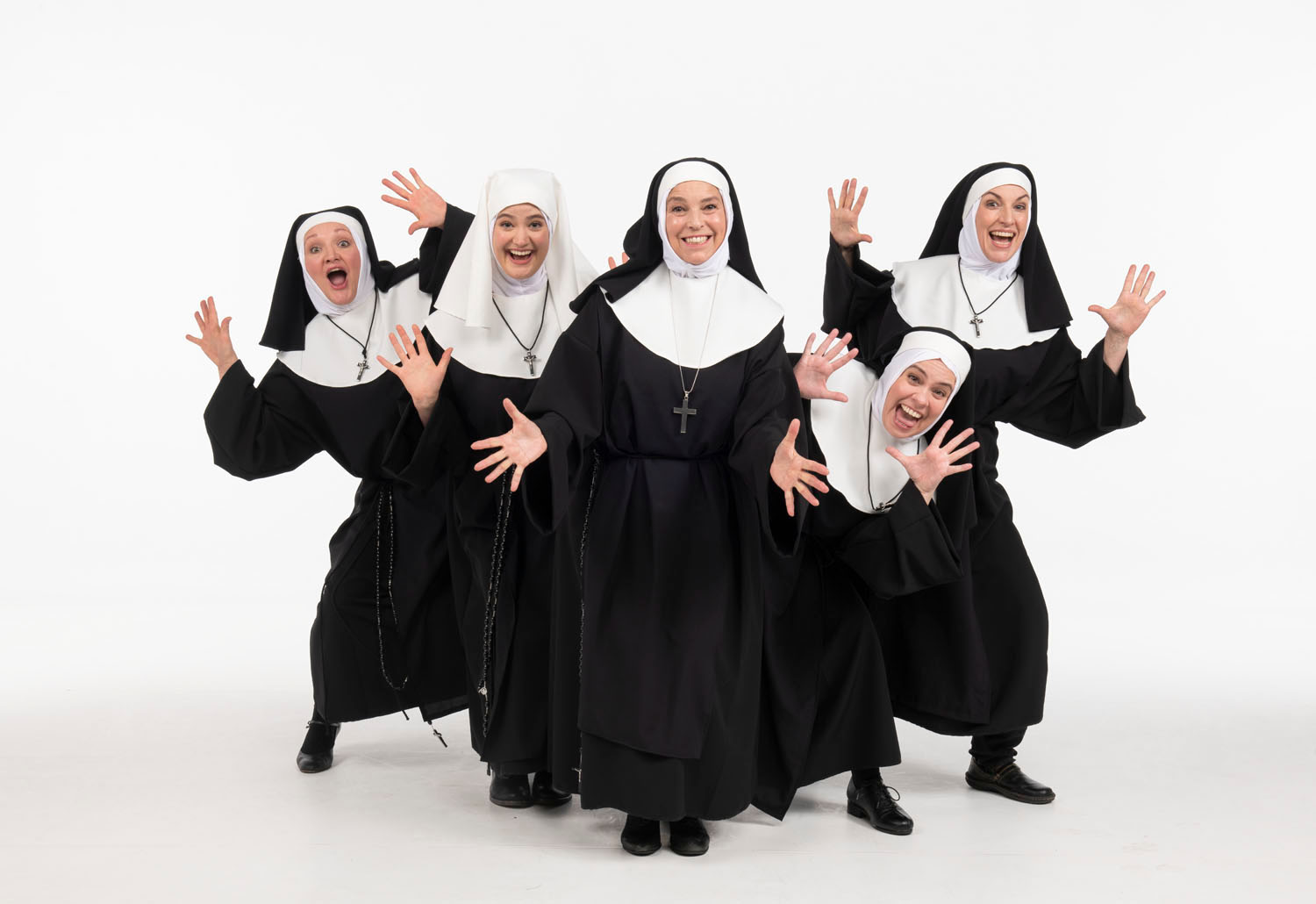 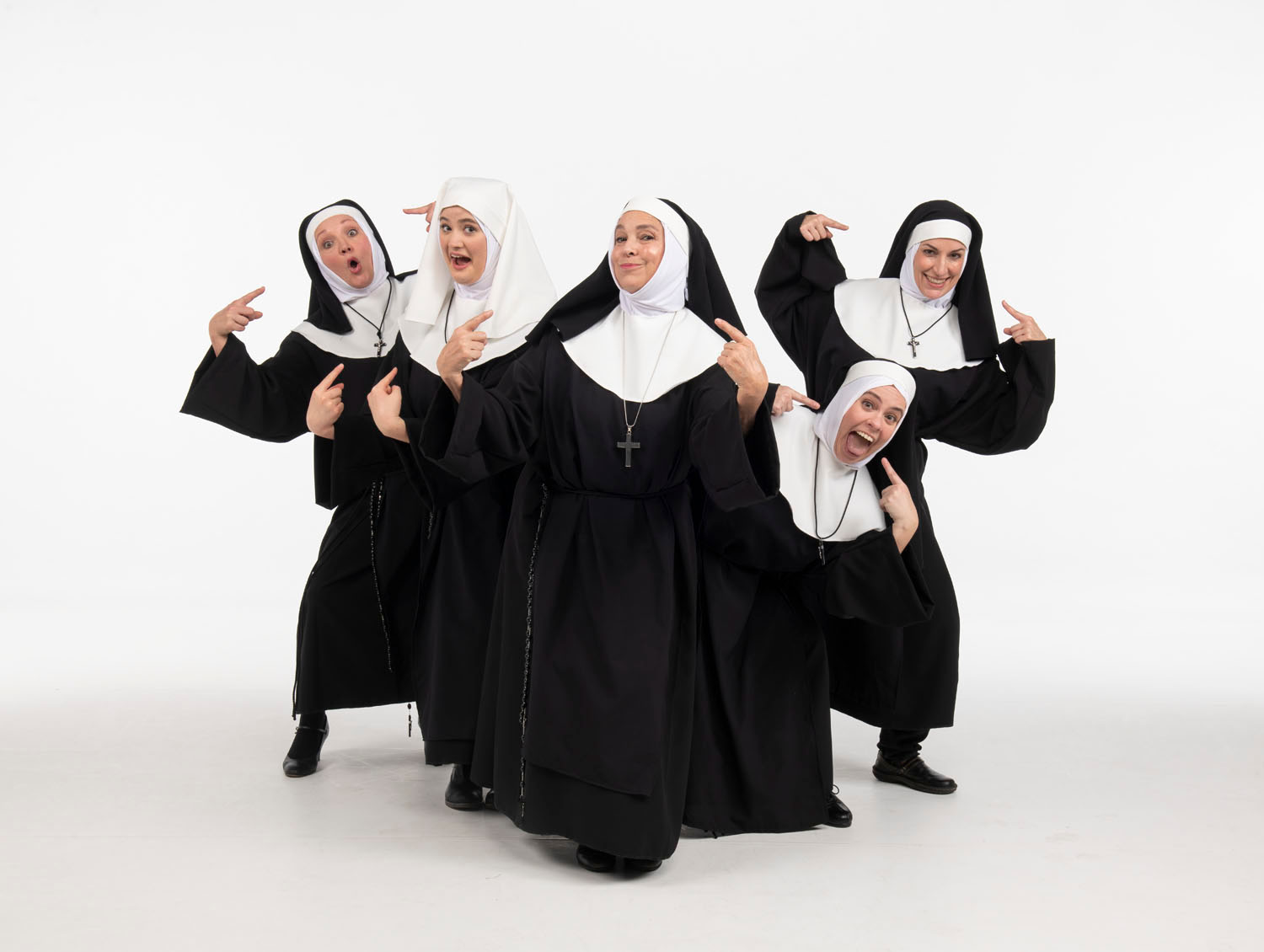 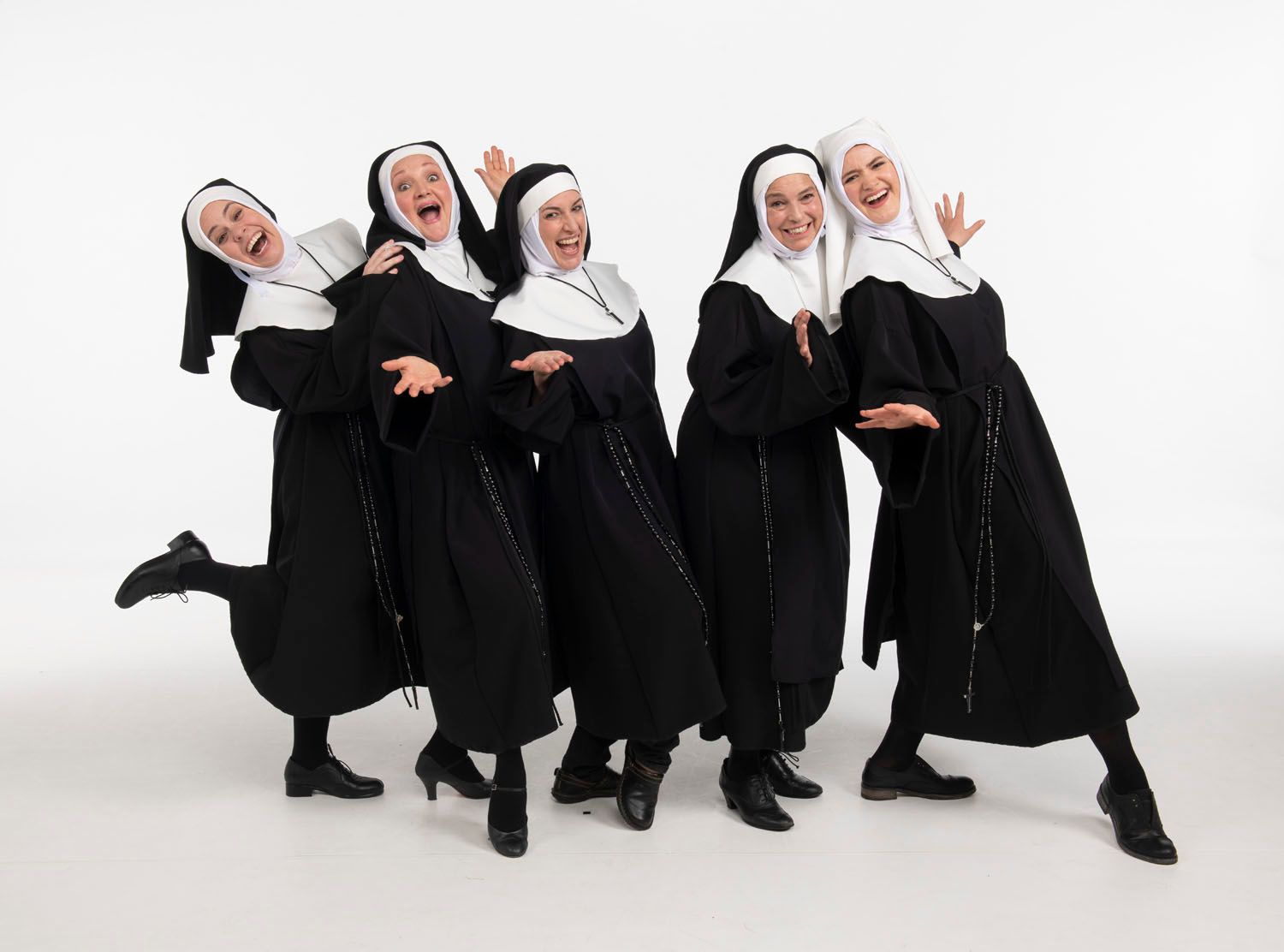 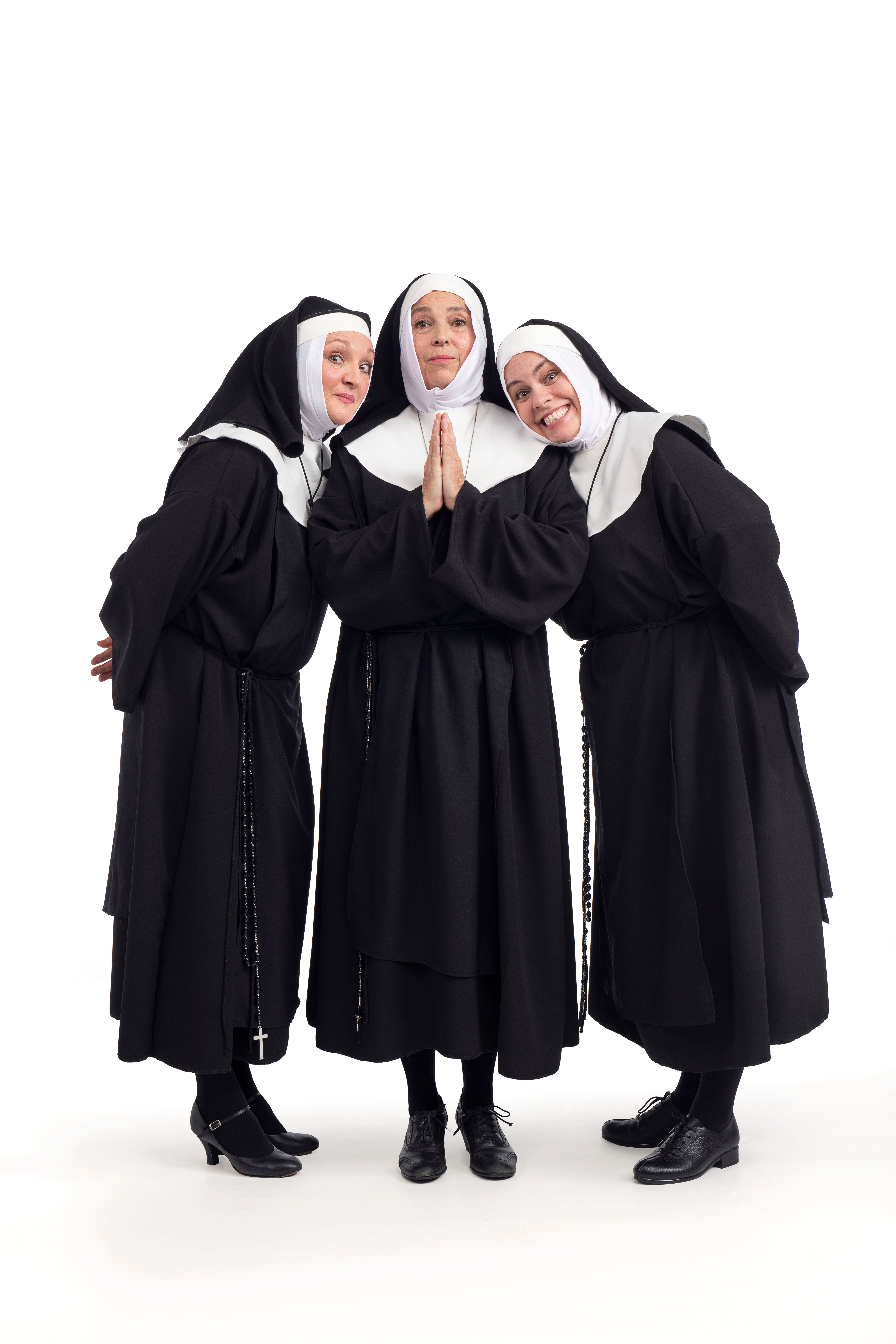 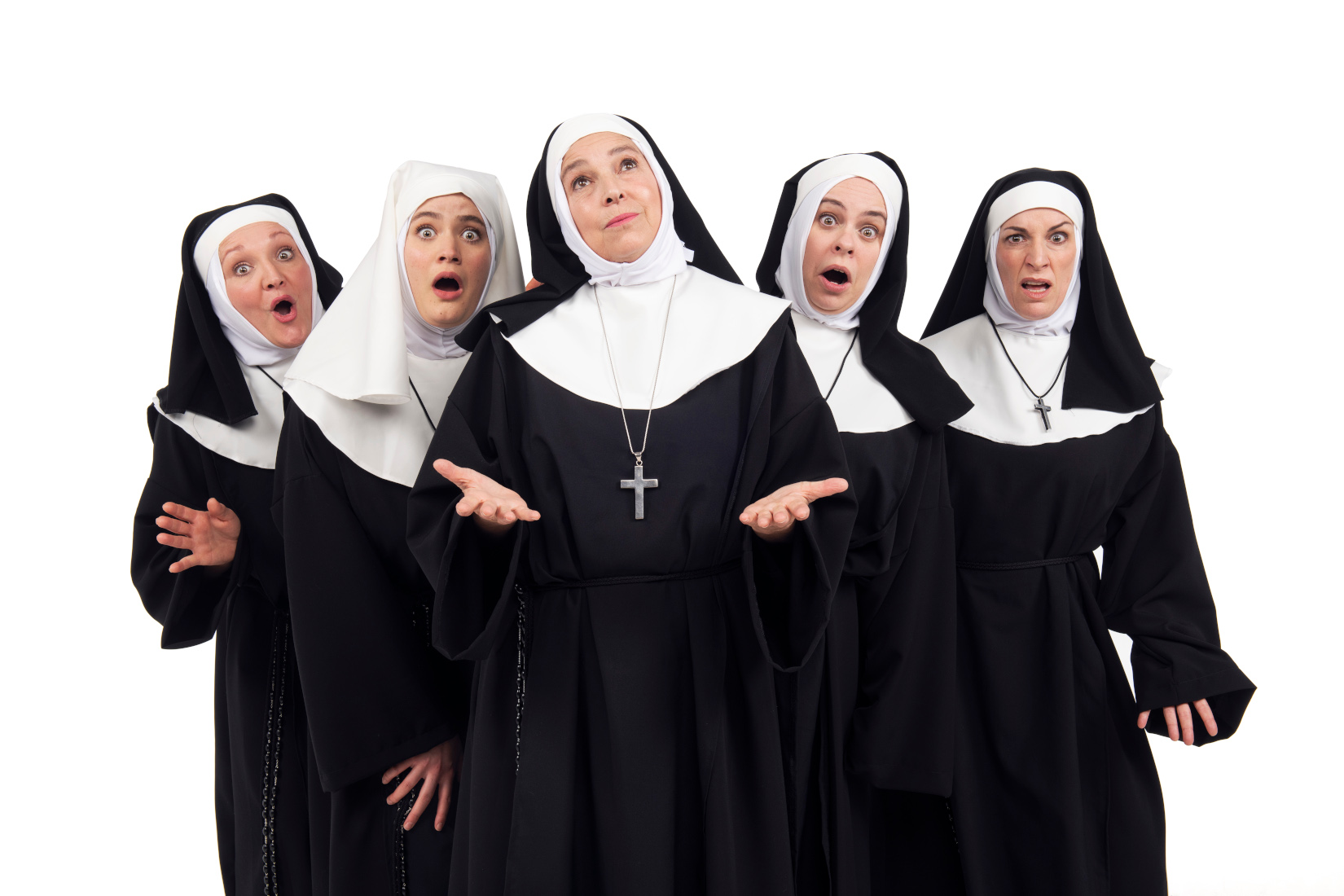 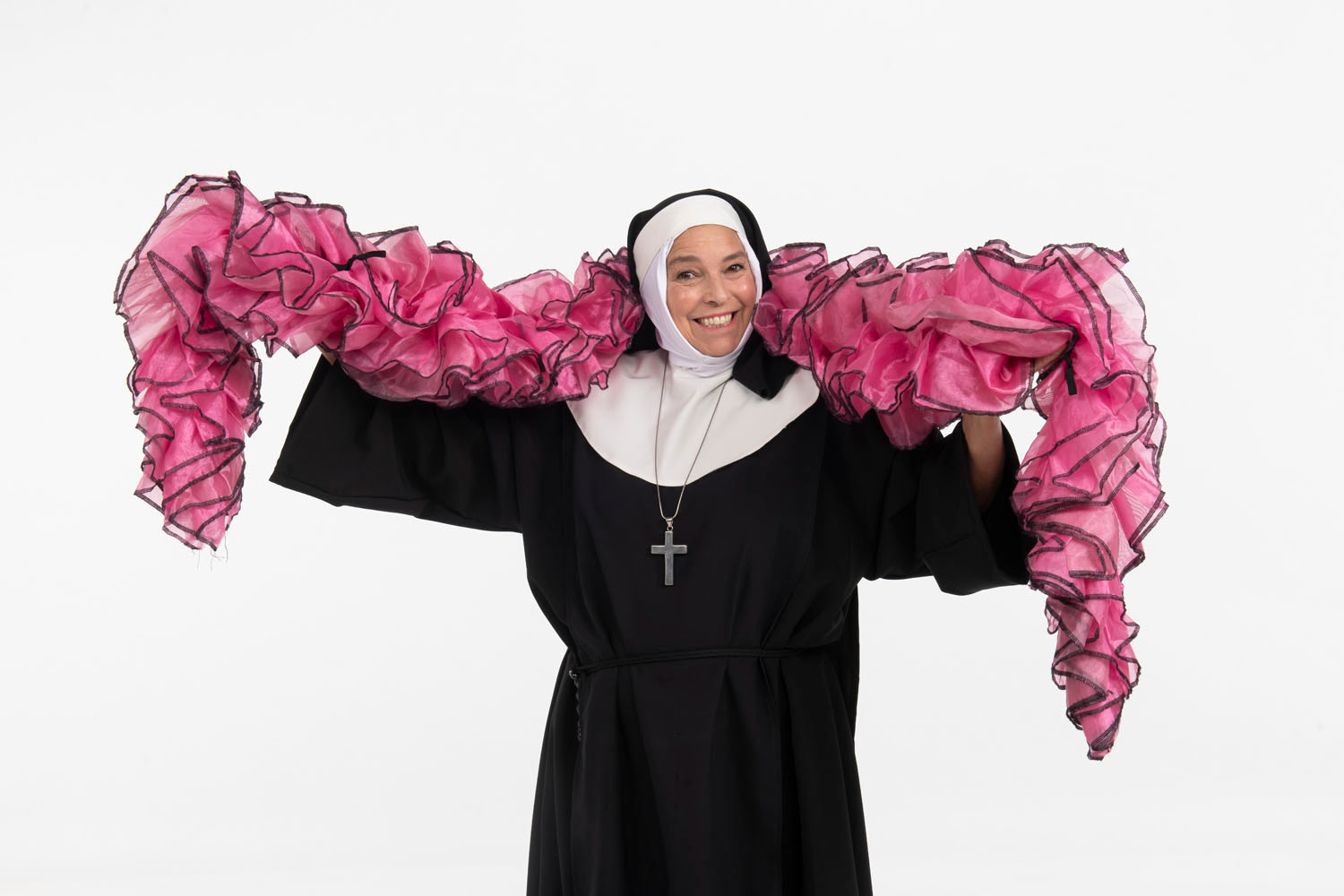