Metro Theatre is holding Auditions for 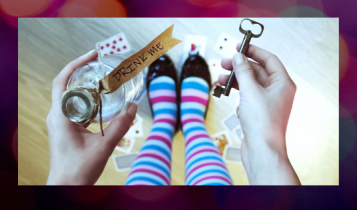 Synopsis:  Join Alice as she falls down the rabbit hole and meets all the traditional Metro characters, plus a few added surprises.  Big production numbers and colourful costumes make this a Christmas-time family hit!

Alice: to play 16.  Alice is the leading lady of our tale.  Must be able to
carry a musical comedy almost by herself. Strong singer/dancer/actor needed.

Flopsy: The White Rabbit: Any Age/Any Gender. Flopsy is the silly and
endearing rabbit who is always late! He/she talks directly to the audience
and has a lot to say. Large acting role with minimal singing and dancing.

Nurse: The Dame: Usually cast Male, Usually over 30.  Big hair, big eye
shadow, and big… personality.  The Nurse is loved by some and hated by
most, but is the envy of none. Many monologues delivered to the audience,
Improv skills a must. Large acting/singing role and an average amount of
dancing.

The Queen of Hearts/Mother: Plays Female, though could be cast in Drag. Any Age.  This dual role will play both Alice’s Mother and the Queen of Hearts. Both are well featured female characters who need to sing, dance, and act with ease. Big numbers and lots to do.

The King of Hearts/Father: Older Male. Must be an elegant English chap, who then turns into the meek little King of Hearts.  Minimal dance required, but a great Singer and Actor is needed.

The Prince of Hearts: Male to play 16. The Prince falls madly in love with
Alice, though he can never seem to find her.  A comedic role needing a strong singer/dancer/actor.

The Mad Hatter: Any age/Any Gender. A slightly crazy and sometimes a little scary. The Hatter is good on the inside and helps Alice, but you never know what he will do next. Big Production numbers requires a strong actor, singer, and dancer.

The Cheshire Cat: Any age/Any Gender. A strange Cat that helps Alice.  Always enters the stage with a menagerie of other cats, to the tune of Jellicle Cats…

The Caterpillar: Any age/Any Gender. Another of Alice’s tribe. The
Caterpillar should be cool and calm under pressure but gets to sing and dance along with the whole crew.

Tweedle-Dee, Tweedle-Dum, and Tweedle-Dumber: 3 Featured actors/singers of any age or gender.  Must have strong comedic ability and be strong singers.

The Demon: Any Age.  The Demon keeps the plot moving with their endless desire to beat the Good Fairy.  Needs to be smart, cunning, and a little scary, but don’t worry, the Demon never wins.  Large acting role with singing and dancing.

The Good Fairy:  Any Age. The ultimate fairy godmother. Innocent, full of
joy, think Glinda the Good Witch.  Talks directly to the audience and always
Boo’s the Demon.  Large acting role with minimal singing and dancing.

The Kids’ Ensemble:  to play 5-12.  We are looking for young energetic singers and dancers for the kids’ ensemble.  They will be woven into the plot and their strengths will be used throughout the show, one Kids’ Ensemble member will be cast as the Doormouse. Lots of singing and dancing!

The Adult Ensemble: Any Age/Any Gender.  We need a large (20+) ensemble of Singers, Dancers, or Actors.  You must be strong in at least one of the three, with a willingness to learn and have fun in the ensemble.  Many many smaller roles, including additional Cats, The Doors, and Flowers, will be cast from the ensemble, most ensemble members will be given characters with lines to speak or sing.  Lots to sing, dance, and act!

You can indicate your interest by filling in the Alice In Wonderland_Panto Fillable Audition Form   on or before AUGUST 2, 2019

PRINT out the Alice In Wonderland Panto_Fillable Audition Form  and bring it and your headshot with you to the audition.

• You can SUBMIT your interest using the shows contact form OR PRINT out the Fillable Audition Form and bring it and your headshot with you to the audition. 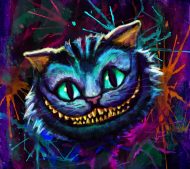