Auditions for The Pied Piper – a Children’s Musical

Written by: CATHERINE MORRISON
based on the story The Pied Piper of Hamelin

“The Pied Piper” is a family musical based on the Fairy story “The Pied Piper of Hamelin ”. Inundated with a rat infestation the people don’t know where to turn. A stranger turns up – the Pied Piper.  He says he can rid the town of rats for a fee.
The Mayor ( a duplicitous soul ) talks the townspeople into taking the Pied Piper’s help and then reneging on their promise of payment. In retaliation the Pied Piper lures the children of the Village away . Two honest men in the Village track him down, negotiate with a promise of honest payment and the children are returned.
The Mayor is run out of town and all is happy. The townspeople have started to learn to think for themselves rather than relying on politicians with their own agenda! Songs and dances abound in this show of an hour and a half.

– casting open to all ethnicities

2 Guards to Mayor: ages 25 – 55, very funny, not too bright; have a song with Mayor and Assistant and chorus songs.

Gretchen / Hilda / Heidi: 3 Women of the Village – a variety of ages; chorus so singing and dancing primarily.

Hans / Fritz / Thomas: 3 Men of the Village; a variety of ages; chorus so singing and dancing primarily.

January until opening night; 2 week nights and one weekend afternoon

Please bring a Musical theatre selection that shows your range; and bring music in binder with music double-sided. Choose a verse and chorus to sing. Masks required; socially distanced on the stage.

Monday, December 13 – Children at 7:00pm –to–7:30pm;
Adults from 7:30 pm –to– 9:30pm;
Please bring character shoes (or other comfortable dance shoes) and tap shoes if you have them. Also wear comfortable clothing.
Masks required; socially distanced on the stage.

Ethno-cultural casting statement:
We encourage submissions from artists with a broad range of backgrounds including, but not limited to: race, ethnicity, indigeneity, gender, and sexuality.  We encourage anyone to audition for any role as we will be casting on who is best for the role.

○ Please note any conflicts with auditions/callbacks or the run at this time.
○ Please let us know if there is a specific part you are interested in.

You can indicate your interest by: 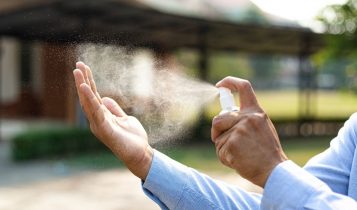 Let’s work together to keep our community safe and protect production staff, performers and volunteers:

· Please read   COVID_Health Declaration
· Please comply with the signage posted in the lobby
· Masks are recommended
· Hand sanitizer is available in the lobby
· Doors to access the auditorium are left open to minimize the handling of door handles
· Social distancing inside the auditorium recommended
· All items ‘packed in’ to the theatre are to be ‘packed out’ at the end and/or placed in the appropriate trash receptacle
· Common sense, mutual respect, and genuine care for each other inform our decisions regarding health and safety for one another.